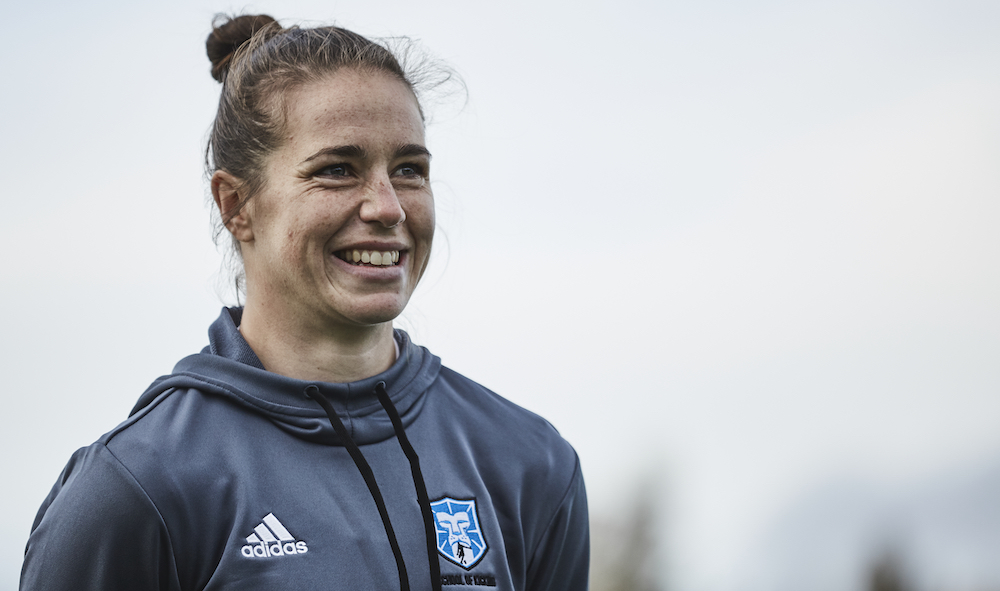 We are delighted to announce our sponsorship of Loughborough Lightning player Emily Scarratt for the duration of the 2020/21 season of the Allianz Premier 15s.

Emily has been a cornerstone of Lightning’s attacking game this season, helping them to third spot on the table behind last year’s finalists Saracens and Harlequins as they head into round five.

Players are encouraged to secure individual sponsorships of up to £1,000 to cover costs incurred throughout the season including gym and club memberships, travel and kit, as well as supporting their individual rugby expenses.

Macesport CEO Ben Thompson says, “Emily is arguably the best all-round rugby player England has ever produced – male or female. She’s not only an incredible sports person, but also a wonderful ambassador for sport and for women’s rugby. As it stands women’s rugby players, even those at the top of their game like Emily, face a lot of challenges to pursue their sport. While there are now professional contracts, many still have to work to support themselves financially meaning they often juggle full or part time jobs with busy elite training schedules. We’re proud to sponsor Emily and to support her on her rugby journey and hope that other businesses will follow suit. We wish Emily and Loughborough Lightning every success this season.”

Emily has been a member of Loughborough Lightning since its inaugural Premier 15s season in 2017, having previously played for Lichfield Ladies.

She has also been a star performer for England’s Red Roses international side since making her debut in 2008. In 2014 she became known as the player who secured the side’s Women’s World Cup victory, scoring an impressive 16 points in the final alone and ending the tournament as the overall top points scorer with 70 points. She went on to captain Team GB’s women’s sevens side at the Rio Olympics in 2017 and won a bronze medal at the 2018 Commonwealth Games.

Along with the individual player sponsorship, we also works closely with Emily as part of the Girls Rugby Club and The Kickers’ Club of which she is a coach.

No comments to show.